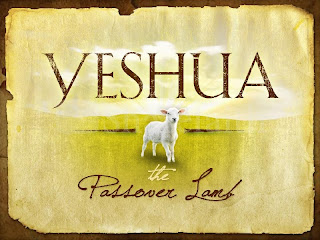 The Passover Seder and traditional Haggadah (the order or readings of Passover) is rich in meaning and message for the believer and unbeliever. It truly does, “SHOW THE LORD’S DEATH, UNTIL HE COMES.” (1 Corinthians 11:26) The word “SHOW” here is the Greek word “kataggello” means “Preach the Message.”

When we celebrate the Lord’s Supper, and the Passover, which was the original Last Supper, we “PREACH AND PROCLAIM CHRIST,” until he comes again. Consider some of the hidden meanings behind the traditions of the Passover Haggadah and Seder.

Leaven in Scripture is almost always a symbol of sin or as the Rabbis say “the evil inclination”. Putting away of Leaven is a picture of sanctification. The Hebrew word for Leaven means bitter or sour. So it is with sin in one’s life. Paul said, “But let a man examine himself first, and then let him eat of that bread and drink of that cup.” – “Purge out therefore the old leaven, that ye may be a new lump, as ye are unleavened. For even Christ our passover is sacrificed for us:” – (1 Corinthians 5:7)

Lighting of the Candle

Jesus said, “I am the light of the world: he that follows me shall not walk in darkness, but shall have the light of life.” (John 8:12) and again, “In him was life; and the life was the light of men.5 And the light shines in darkness; and the darkness comprehended it not.” (John 1:4-5), and again, John 1:11 “He came unto his own, and his own received him not. 12 But as many as received him, to them gave he power to become the sons of God, even to them that believe on his name:” (John 1:11)

The Cup of Sanctification and Blessing (1st Cup)

Symbolic of the honor of being a chosen people of God. “But you are a chosen generation, a royal priesthood, an holy nation, a peculiar people; that you should show forth the praises of him who hath called you out of darkness into his marvellous light:” (1 Peter 2:9)

So Jesus got up from the meal, took off his outer clothing, and wrapped a towel around his waist. After that, he poured water into a basin and began to wash his disciples’ feet, drying them with the towel that was wrapped around him. He came to Simon Peter, who said to him, “Lord, are you going to wash my feet?” Jesus replied, “You do not realize now what I am doing, but later you will understand.” “No,” said Peter, “you shall never wash my feet.” Jesus answered, “Unless I wash you, you have no part with me.” “Then, Lord,” Simon Peter replied, “not just my feet but my hands and my head as well!” Jesus answered, “A person who has had a bath needs only to wash his feet; his whole body is clean. And you are clean, though not every one of you.” For he knew who was going to betray him, and that was why he said not every one was clean. When he had finished washing their feet, he put on his clothes and returned to his place. “Do you understand what I have done for you?” he asked them. (John 13: 4-12)

The Cup of Redemption (3rd Cup)

Then Jesus took the cup of wine, which would have been the third cup of the Seder – the cup of redemption. He said that it was the new covenant in His blood “poured out for you.”

Three matzahs are put together (representing the Father, Son, and Holy Spirit). The matzah itself is designed to represent Jesus, since it is striped and pierced, which was prophesized by Isaiah, David, and Zechariah.

The middle matzah is broken, wrapped in a white cloth, and hidden, representing the death and burial of Jesus.

Jesus came into the city ofJerusalemfive days before the lamb was killed in the temple as the Passover sacrifice for the sins of the people ofIsrael. Five days before the lamb was to be sacrificed, it was chosen. Therefore, Jesus enteredJerusalemon lamb selection day as the lamb of God. The people did not understand the significance of this, since they greeted Him with palm branches and hailed Him as King, shouting “Hosanna,” which means “save us.”

The New Testament says that Jesus is our sacrificial Lamb. The Passover lamb was to be a “male without defect,” which is the same description given to Jesus. In addition, when the lamb was roasted and eaten, none of its bones were to be broken

The Shofar Blown – The Lamb is Slain

The Veil of the Temple

At the same time, the veil of theTemple(a three-inch thick, several story high cloth that demarked the Holy of Holies) tore from top to bottom – representing a removal of the separation between God and man.

This included Psalm chapters 115-118 and was called traditionally the Great Hallel. Therefore Psalm 118:24 actually refers to the day of Christ’s crucifixion “I will lift up the cup of salvation and call upon the name of the Lord.” But by application we can use it today, and every day. Psalm 118:22-24 says, “The stone the builders rejected has become the capstone; the LORD has done this, and it is marvelous in our eyes. This is the day that the Lord has made, let us rejoice and be glad in it.”

Next Year in Jerusalem

The Seder customary ends by every one saying: “Next Year inJerusalem!” — Believers should say, “Maybe next year in the New Jerusalem (heaven). Even so, come quickly, Lord Jesus.”

Posted by Pastor Dick LaFountain at 9:54 AM